PDF of the talks uploaded here.

While observations of distant galaxies allow us to probe the times when these systems were formed, it is only our own Galaxy that provides a fossil record detailed enough to unravel its complete formation history. Galaxies are dynamically and chemically inhomogeneous and it is only by using the higher dimensional phase space resulting from combined kinematic and chemical measurements that a full understanding of their constituent parts can be achieved.

Deciphering the assembly history of our Galaxy requires a detailed mapping of the structure, dynamics, chemical composition, and age distribution of its stellar populations. The ultimate goal is that of “tagging” individual stars to each of the progenitor building blocks, thus opening up a new era of Galactic astronomy. This requires large-scale ground-based photometric and spectroscopic surveys of the stellar components of the Milky Way and its companion satellite systems. These systems directly complement the ongoing Gaia mission and future LSST providing major new insights on the structure and assembly history of a prototypical (i.e., L∗) galaxy.

This field is rapidly developing and 2017 will be an excellent timing to make up the balance and present an overview of past lessons learned before the large spectroscopic surveys like WEAVE and 4MOST are about to start.

The symposium will last one week, from Monday, July 10, to Friday, July 14 2017. It will take place at Telegrafenberg- Potsdam (Germany). We assigned 40 Contributed Talks (15m) and more than 90 Posters. 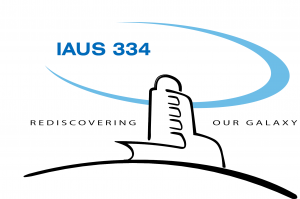 If you have any questions concerning the symposium, please contact the LOC at iaus334_loc-at-aip.de . 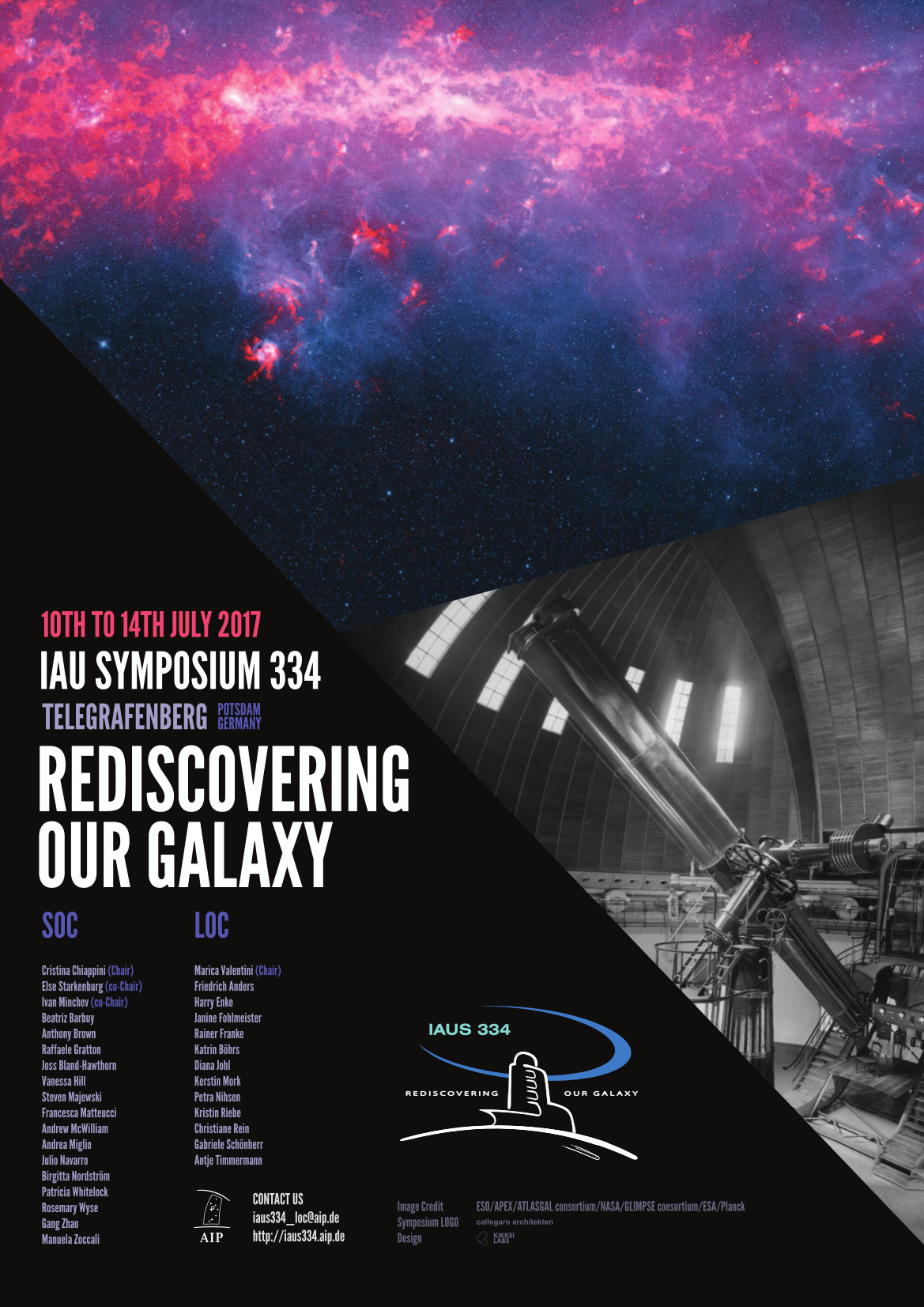